J. C. Jeremy Hobson is a freelance writer and author who nowadays resides in Hampshire but, for 14 years previously, had lived in the Western Loire area of France. Whether it be books or magazine articles, his regular subject matter generally appertains to all aspects of rural living and country life, both in the UK and across the Channel.

His book subjects are many and varied. According to independent reviews, Jeremy writes “with great knowledge and wit” and, in addition, “passes on his enthusiasm for any given subject with apparent ease.” Another said; “It is rare that you get an author who has long-standing experience and the ability to make the subject interesting. Some people can write, some can do the job, but few can do both as well as Jeremy Hobson." 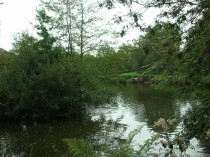 On the following pages you can find out more about Jeremy and his countryside interests (Biography) and catch up with the latest Mini Blog .

You can check out his ‘at a glance’ List of Works – and for more information on each, click on Jacket Cover Photos and hold the mouse over a particular title image in order to find out publishing dates et al.

Should you wish to get in touch, please feel free to do so via the Contact page.

Jeremy is a member of the British Guild of Agricultural Journalists

Jeremy was elected a Fellow of the RSA in 2006

If you want to ask me something, now is the time to go for it!